Posted on May 2, 2019 by louisewainwright 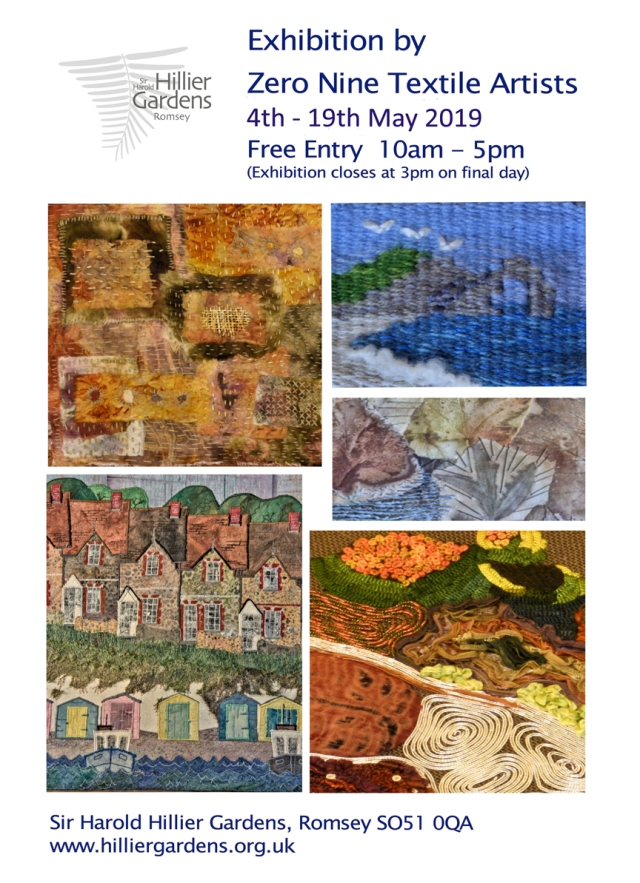 It’s that time of year again, we are back at Sir Harold Hillier Gardens for another exhibition.

Posted on August 17, 2018 by louisewainwright 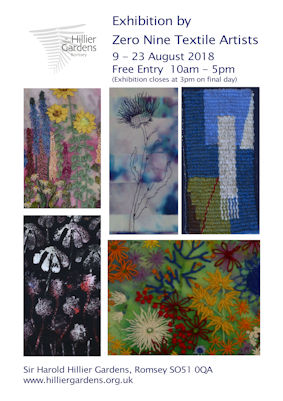 New work on show, a feast for the eyes!

Posted on June 1, 2018 by louisewainwright

For two weeks starting this weekend artists are exhibiting their work all around the city. Pick up this brochure (pictured above) at various venues for details. Salisbury Art Trail

Posted on March 1, 2018 by louisewainwright

‘Naomi House & Jacksplace hospices provide expert hospice care to hundreds of life-limited and life-threatened children, young people and their families from Hampshire, Wiltshire, Dorset, Berkshire, West Sussex, Surrey and the Isle of Wight. Our vision is that every child, young person and their families receive the care services they need, when and where they need them and for as long as needed. That’s why we need your help. Every donation, no matter how big or small, can make a huge difference on good days, difficult days and last.’

Please donate anything you can on my JustGiving page, so that they can continue to care for children who need it most. Thank you

From the Earth Exhibition

Posted on January 10, 2017 by louisewainwright

The exhibition will be new work, some of which has been inspired by the Winter Garden. The members of the group will be stewarding throughout and would be delighted to answer any questions.

Posted on October 12, 2016 by louisewainwright

The Knitting & Stitching Show at Ally Pally was a great success with lots of visitors and great exhibition stands. There is a week off before the Dublin Show at the RDS 20th – 23rd October, where we can be found on stand TG9. 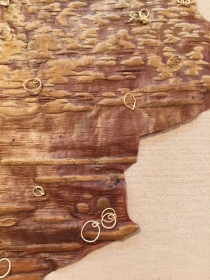 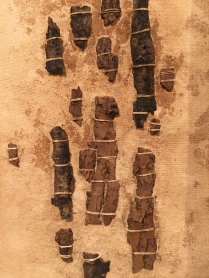 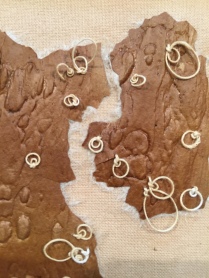 Posted on October 3, 2016 by louisewainwright

This week the Knitting & Stitching comes to Alexandra Palace, London 5th-9th October. If visiting come and say hello on stand TG8 where ‘Marks & Stitch‘ group are exhibiting for the first time. Then it moves to Dublin 20th-23rd October, and finally to Harrogate 24th-27th November.

Taking part in the dyeing project

Posted on October 1, 2016 by louisewainwright

In Ethel Mairet’s book ‘Vegetable Dyes’ there are many recipes to follow or a list of British Dye Plants listed under colour. Under ‘purple’ was Dandelion root, which I thought pretty unlikely as it would have been mentioned in other dye book. Up for a challenge I thought why not have a go. Lucy Jenner at the Ditchling Museum of Art + Craft sent 10g of linen, my thread of choice.

Dandelion root found on our allotment…..

Taking Jenny Dean’s recommendation for dyeing with dock root I washed and cut up the dandelion root and soaked it for a day. Then ‘boiled’ for a couple of hours……..

Mordanting the thread from Ether Mairet’s description for linen was slightly different to how I would normally (5% Alum Acetate of dry weight of thread). Firstly she recommended using a tannin solution (I made from Sumac leaves), followed by mordanting in Alum Acetate twice, rinsing and drying between batches….

There was a reference to ‘fixing’ the mordant by passing through a weak solution of ‘chloride of lime’ which sounded rather toxic so I made a weak alkali solution using a couple drops of ammonia with lots of water. I have no idea if this made any difference to the result. The thread was simmered in the strained dandelion root dye for about 45 mins, cooled in the solution, rinsed, dried then washed.

In the end did I achieve purple?……sadly no, the colour was very similar to the dye solution, a pale soft yellow/olive green. In my haste to send it off to Ditchling Musuem of Art + Craft I forgot to take a photo, so you’ll have to visit the museum instead.

Great project to get involved with

Posted on October 1, 2016 by louisewainwright

Ditchling Museum of Art + Craft are celebrating the centenary of the first edition of weaver and dyer Ethel Mairet’s book ‘Vegetable Dyes’, written and printed in Ditchling where she lived. The exhibition /live research project at the museum is to recreate each recipe (around 100) from her book.

Textile artists are encouraged to take part by selecting a recipe from the first edition ‘Vegetable Dyes’ and contact Lucy Jenner at the museum who will provide all the details of the project and how to get involved. The growing exhibition will feature labelled thread samples of wool, silk, cotton and linen.